The US Bank Bailout Is a Total of $16.8 Trillion

The financial crash of of 2008, which is known as the global financial crisis, is considered the largest economic crash since the Great Depression in the 1930s. The main factor for this crash was a really high default rate in the subprime home mortgage sector. In other words many people with low credit ratings were given mortgage loans that ended up not being able to pay it off. Many banks and investors were tied up in this mortgage lending scheme, as well as internal corruptions and collusions, and as a result were all of a sudden owing money due to loans, or in some cases restitution money to the governement, which were far in excess that they could pay. The size and scale of the problem meant that many of the world's largest banks were on the brink of collapse, but the US government deemed them "too big to fail" and literally bailed them out. A total of $16.8 TRILLION USD is committed by the government to pay out, of which $4.6 Trillion has already been paid out.

Now many questions rise from all of this, such as:

Where is this bailout money coming from?
Who is going to have to pay for it? (Which almost certainly is the tax payers.)
Can this bailout ever actuallyn be paid off?
Is a company really too big to fail?

And the biggest question of all, why can't this money have been used to fund much needed healthcare, education, and public services?

Such questions has given the rise of the Occupy Wallstreet and the 99% movments, as well as to the rise of outsider US presidential candidates in Donald Trump and Bernie Sanders. 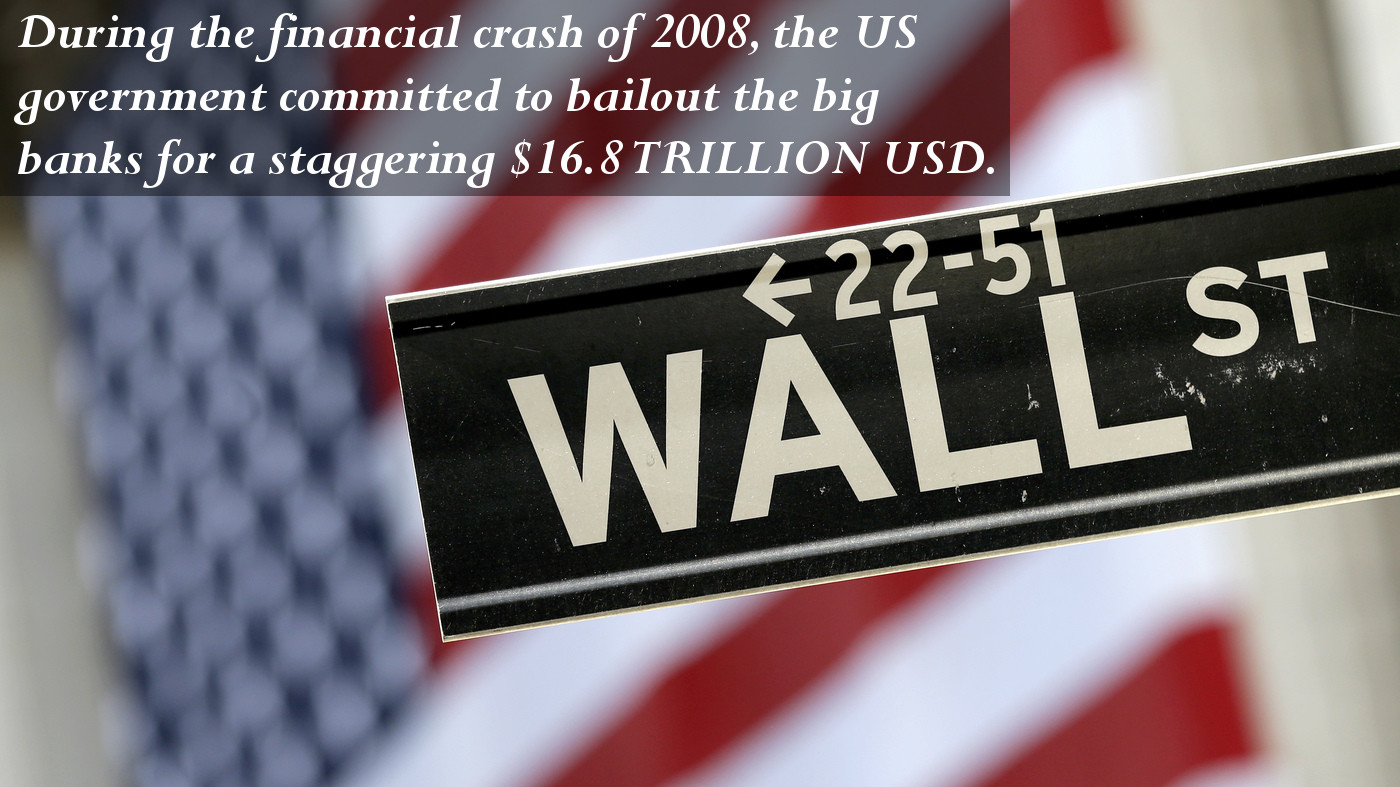